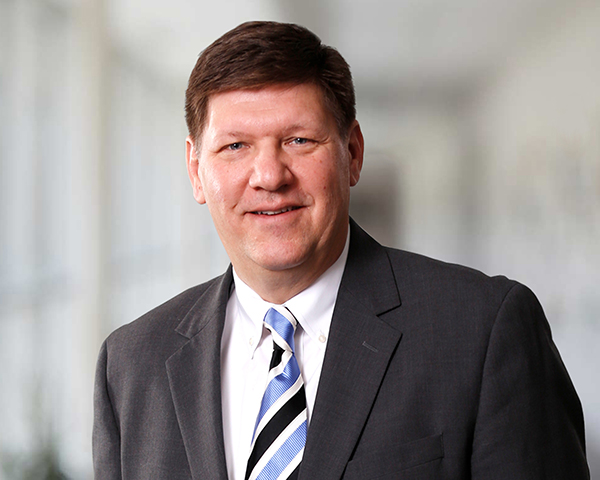 Joe Byrne is first and foremost a trial lawyer. He has been afforded the privilege of representing clients in trials in numerous different states and in most counties in Texas. Joe frequently handles complicated, high-stakes cases throughout the U.S., often representing individuals and businesses in the energy industry including oil and gas operators and oilfield service providers, pipeline companies, electric companies and virtually every aspect of propane sales, distributions and services.

Joe believes that a good attorney is one who persuasively educates and communicates with jurors to reach a favorable verdict.

“I always want to be the ‘go to’ subject-matter expert in the courtroom. In order to do this, you have to prepare and out-prepare your opponent every time you step into the courtroom.”

“I recall the first time I was asked to try a commercial real estate dispute where my clients were being sued for millions of dollars in unpaid rent and early termination of a commercial lease agreement. Having little more experience with real estate transactions than the closing on my first house, I accepted my client’s request to represent them at trial under the condition that my client retain his real estate transaction attorney to act as the subject-matter expert. He helped me to learn the necessary issues just enough to know my client would likely not win the case by arguing the lease.

Instead, in a somewhat dramatic fashion, we recreated conditions in the courtroom that mimicked the conditions we argued created a constructive eviction and a violation of the business purpose covenant contained in the lease. After the trial, the jury told us they were unsure as to the lease provisions, but completely understood the inhabitability defense when Mr. Byrne delivered his closing argument while deliberately yelling over just one of the many fans that the landlord had used to dry out the space. We won the case not because we argued the lease terms but because we argued common sense to a jury who wanted to do the right thing.”

Joe has both defended and prosecuted claims involving a wide range of business disputes including fraud and breach of contract involving commercial transactions, asset purchase agreements, insurance coverages, and restrictive covenants including non-compete, non-solicitation and use of confidential information. Through his representation of businesses he has also been asked to handle a wide variety of employment issues and disputes that include employer termination, wrongful termination, separation agreements, executive compensation and benefits. He has represented clients in Federal Court FLSA wage and hour disputes and workplace discrimination cases.

Joe’s litigation practice emphasizes wrongful death and personal injury disputes, in particular disputes related to the oil and gas, construction and transportation industries, including fires and explosions. He has represented individuals and businesses in employment disputes, insurance cases and both personal injury and commercial litigation matters in trials, on appeals, and in arbitration proceedings.

He has tried in excess of 65 cases to a verdict and negotiated hundreds of favorable settlements on behalf of his clients. He represents employers, individuals and business entities, both public and private. Joe has successfully tried cases in numerous counties throughout Texas and has also been lead attorney in litigation in various states across the country.

For almost a decade, Joe was one of a small group of national counsel trial lawyers for a specialty lines insurance company, insuring risks in oil and gas and the propane industry. One of Joe’s early successes in this area of the law involved trying and appealing a case which received favorable treatment from the 5th Circuit Court of Appeals, making new law that for the first time ever, enforced an indemnity agreement between an oil company and a drilling contractor under the Texas Oilfield Anti-Indemnity Statute.

Joe has also developed somewhat of a niche in litigating and trying cases involving electrocutions, fires and explosions. He has been involved with hundreds of related cases including wildfire litigation in Texas, New Mexico and Oklahoma, pipeline explosions, propane explosions, oil well blowouts and fires and products liabilities cases involving equipment and materials involved in virtually every field of energy litigation.

As part of Joe’s practice in the area of construction law, he successfully defended the owner of a concrete batch mixing facility against allegations of infractions and violations of TNRC Regulations. His experience in construction litigation has led him to represent clients before many other state and federal agencies including OSHA, the Environmental Protection Agency, the Federal Aviation Administration, the Texas Railroad Commission, and the Texas Workforce Commission.

Similarly, his representation of clients in business and those with employment disputes led him to representing both individual clients and businesses before the Equal Employment Opportunity Commission, the Texas Labor Department, the Department of Justice, and recently even representing a fellow attorney in a disciplinary action before the State Bar of Texas.

Another significant part of Joe’s litigation practice focuses on business litigation, where he has helped clients with their business relationships and contract disputes involving Deceptive Trade Practices, breach of contract, breach of fiduciary duty, employment discrimination and workplace safety.  He is also actively involved in assisting his clients with risk-assessment and review of insurance coverages.

Joe grew up in Joliet, Illinois, graduating from Joliet Catholic High in 1981. He graduated from Texas Tech University with honors in 1989 and Texas Tech School of Law in 1993, where he was on the Board of Editors of the Law Review, the Board of Barristers and winner of the National Negotiation Competition. Joe was previously a partner with Gwinn & Roby and Berry, Byrne and Randall before becoming a founding member and managing partner at Byrne, Cardenas & Aris, LLP.

Joe has been recognized for his trial skills and professionalism during his 25 year legal career by his peers and clients. Such recognition includes being named as a Super Lawyer in 2010 and 2014, a Thomson Reuters service printed in Texas Monthly. In 2015 and 2018, Joe was named by The Legal Network as a Top Lawyer in Texas with the Highest in Ethical Standards and Professional Excellence. In 2017, Joe was named as being among the top 10% of attorneys in the United States in the area of Civil Litigation by Lawyers of Distinction. Joe has also achieved Martindale-Hubbell’s AV Preeminent Rating given to those individuals who have earned the highest possible legal professional rating in both legal ability and ethical standards.

“I am proud to be a lawyer and love what I do.”